Sehwag says " I did it my way! ", retires from from all forms of International Cricket and the Indian Premier League

Virender Sehwag has announced his retirement from International Cricket on his 37th birthday. The explosive opener played 104 tests and 251 one-day-internationals for India and scored 16000+ runs. He is the only player to score triple hundreds for India, not one but two of them. He averaged 49+ in tests with a strike rate of 82+ which is considered phenomenal by accomplished cricketers around the world. 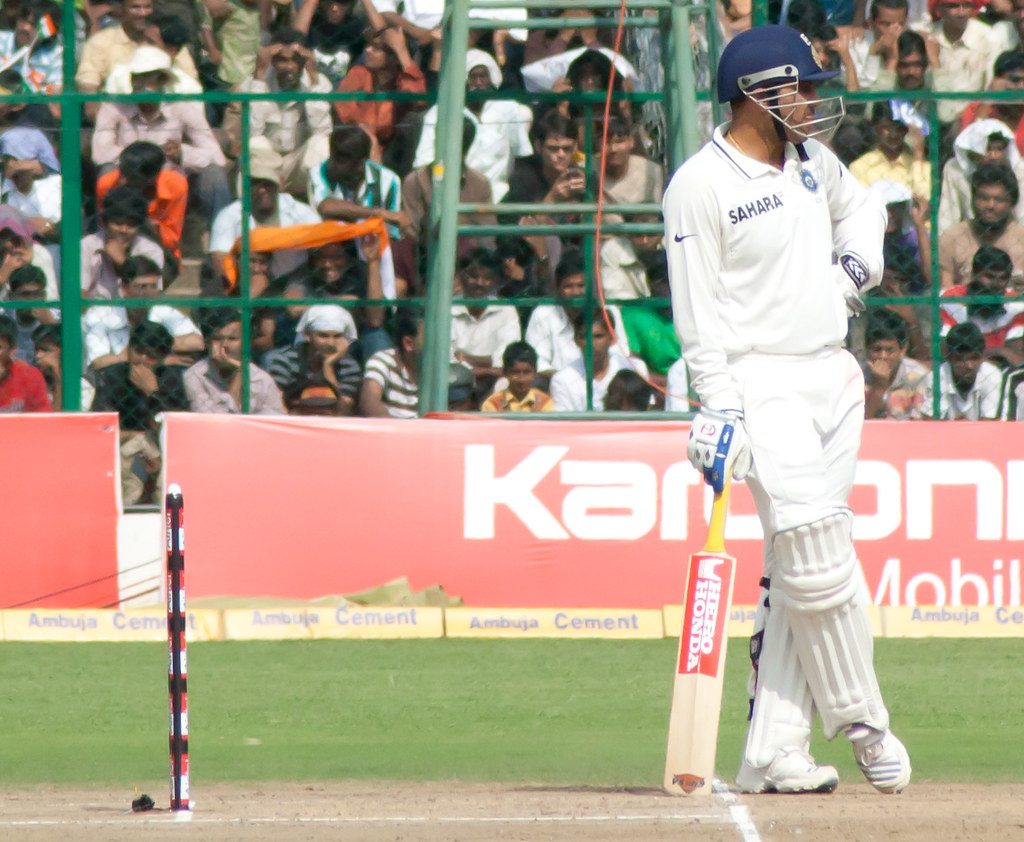 This work is licensed under a Creative Commons Attribution-ShareAlike 2.0 Generic License.

In his prime, he was a nightmare for the bowlers, as an aggressive scorer he would take on the best bowlers and smash them to all parts of the ground, again and again, by outsmarting them. Many cricket pundits believe he changed the opener's approach in a test match. His uncomplicated batting style has won accolades from everyone. "See the ball, hit the ball" was his mantra and fans cherish memories of his master play, many admit that he was the most "Free Flowing Artist Of The Cricketing World".

I hereby retire from all forms of international cricket and from the Indian Premier League. A statement will follow.

And here's the full text of the message:

To paraphrase Mark Twain, the report of my retirement yesterday was exaggerated!
However, I have always done what I felt was right and not what conformists thought to
be right. God has been kind and I have done what I wanted to do - on the field and in my
life and I had decided some time back that I will retire on my 37th birthday. So today, while
I spend my day with my family, I hereby announce my retirement from all forms of
International Cricket and from the Indian Premier League.

Cricket has been my life and continues to be so. Playing for India was a memorable
journey and I tried to make it more memorable for my team mates and the Indian cricket
fans. I believe that I was reasonably successful in doing so. For that, I wish to thank all my
team mates over the years - some of the greatest players of the game. I would like to thank
all my Captains who believed in me and backed me to the hilt. I also thank our greatest
partner, the Indian cricket fan for all the love, support and memories.

I have also played against a lot of great players and it was an absolute pleasure and
honour to do so. It was possibly the greatest motivation there was to play to the best of
my ability. I have lived my dream and played at the finest of cricket grounds across the
globe and I want to thank the groundsmen, clubs, associations and everyone who
painstakingly prepare the arena for our performances.

I miss my father today, he was there when the journey started and I wish he could have
been there today as well but i know I made him proud and wherever he is today, he is
watching me with pride. I want to thank my coach. Mr. A.N. Sharma sir who was possibly
the only coach who could have groomed me into the player that I became, I would
probably have struggled to play for my school under any other coach. My mother, my wife
Aarti and my children Aryavir and Vedant are my biggest strength and their presence in
my life keeps my mind without fear and head held high.

I would like to thank the BCCI for alt its support over the years. The work that the BCCI
does at such a scale is phenomenal and It has had some fine administrators over the years
who have led the Board in developing the game, appreciating the contribution of players
and have brought a lot of benefit to the players.

I would also like to thank the Delhi and District Cricket Association and particularly Mr.
Arun Jaitley who always supported me and sought our feedback and implemented what
the players wanted and his presence ensured that I always had someone to rely upon
personalty and for the furtherance of the game's best interest in Delhi.

I would like to thank everyone at the Haryana Cricket Association who have welcomed
me with so much love and affection and it is really exciting to work with some really
talented youngsters. I would especially like to thank Chaudhary Ranbir Singh Mahendra
who has always had words of motivation for me during the toughest of times and I have
felt safe in the knowledge that I can always turn to him for well considered advice which
I value immensely.

I would also like to thank the Delhi Daredevils and the Kings XI Punjab, the franchisees
that I represented, for believing in me and letting me be a part of them. I always gave my
best for my team and consider myself fortunate to play with some brilliant players in the

I would also like to thank the Oil and Natural Gas Commission (ONGC). Very little is
known about the effort they put in to promote sportsmen and sportswomen across
various disciplines. ONGC gave me the security to pursue my game and the organization
will always have a special place in my heart.

I must also add that I have enjoyed every Press conference and every interaction with the
members of the media through out my international career and the presence of Indian
media on foreign tours has left some very pleasant memories that I shall always cherish.

I want to thank all my sponsors for believing in me and all the bat manufacturers that
have been associated with me over the years for providing mc the willow that I love.

I want to tell everyone at the Sehwag International School, Jhajjar that I now hope to have
a higher frequency of visits to the campus to be with you all.

I also want to thank everyone for all the cricketing advice given to me over the years and
apologise for not accepting most of it! I had a reason for not following it; I did it my way!